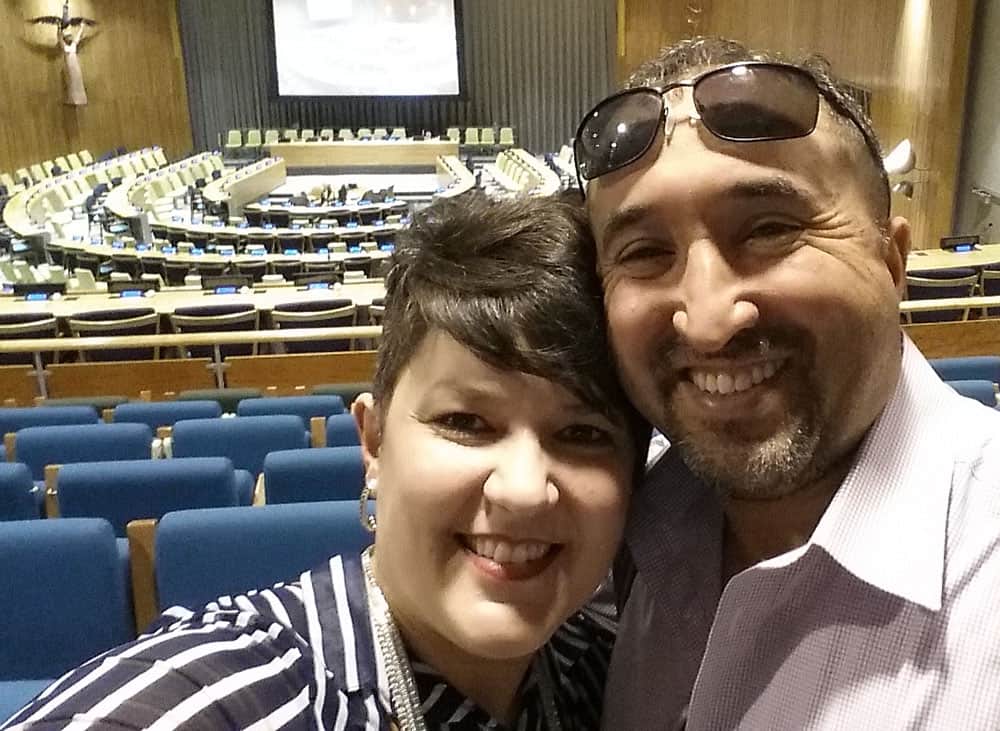 About Bridging the Gap Interpreting

Bridging the Gap Interpreting was born in 2007 out of Nabil Cherif’s passion for helping people communicate effectively across language and cultural barriers. Nabil spent several years working for other interpreting agencies. He encountered heartbreaking situations that increased his passion for helping people feel understood, respected, and valued despite cultural and linguistic barriers.

Our aim is simple – to bridge the gap between what is communicated and what is understood.

“Few things will pay you bigger dividends than the time and trouble you take to understand people. Almost nothing will add more to your stature as an executive and a person. Nothing will give you greater satisfaction or bring you more happiness." – George Kienzle and Edward Dare

We make every client feel valued, respected, confident, and understood.

Nabil Cherif was born in Tunisia and migrated to France, Germany, Italy, Malta, England, Switzerland, and Cyprus before landing in Kansas City in 2000 to attend college at Johnson County Community College and later the University of Kansas. He is fluent in French, Arabic, and English. Over the years Nabil worked a variety of jobs, from security officer to interpreter to karate instructor to bus driver. He spent every penny he could to travel and experience other cultures and countries. He also visited roughly 30 states in the U.S. to understand more of American culture. Nabil fell in love with the world of interpreting because of the opportunity to help people communicate and overcome cultural barriers. His passion for people and solving problems through language services spawned a desire to start his own language services company. He worked multiple jobs while tirelessly working to build a company. His determination was his cornerstone to push through the challenges of building a business, and Bridging the Gap Interpreting was born in 2007.

Emily Cherif was born in Iceland. Her mother is Costa Rican and her father is American. Her father was in the Air Force, so their family moved cross-culturally multiple times: from Iceland, to North Carolina, to California, to Costa Rica, and in 1992 permanently to Kansas City. Emily is fluent in Spanish and English. In 2013 Emily resigned her job of 12 years and started freelance interpreting. She became certified as a Missouri State Court Interpreter and soon after was hired by BTGI for several interpreting sessions, which turned into more sessions, training interpreters, meeting the owner four months later, and then getting married to him four months after that! She has currently been accepted into two different Universities to pursue a Master's Degree in Conference Interpreting and is making plans with her husband to see which one is the best fit for their lives and the company!

At BTGI, Richard provides strategic planning and operations consulting. His experience includes active-duty military, industry, government, and non-profit. As a result of his successful SMB management, Fortune 500 experience, international partnerships, and education, Richard developed a quantifiable business operating system to help organizations attain greater value and profit, which he teaches at Joshua Tree Leadership. BTGI is grateful to have his expertise, and he's looking forward to continuing to optimize and design an effective organization.

Kristen was born and partially raised in the melting pot of the United States: New York. Because of that, she grew up with an affinity for people of all backgrounds, races, colors, and languages. In 1999, her big Puerto Rican family moved to Kansas City and brought that same love with them. Since she was a kid, she’s made it her mission to help others understand other cultures and raise awareness of the lack of diversity in various industries. A JCCC alum, she studied liberal arts and business administration to finely tune her skills in leadership, relationship building, organization, and creativity until she graduated in May of 2011. Since graduating, she has spent the last ten years managing multiple teams ranging from bankers to makeup artists. Kristen also works as an active professional singer and actress for various production and entertainment companies based out of Kansas City where she met her now husband, Christoph. In 2020, she opened a boutique that celebrates self-love and expression! It seems a “professional juggler” may be a more fitting title!!

Annika was born in Minnesota and raised just north of the Twin Cities. In 2012, she moved to Denver with her family and developed her interest in language and culture through high school French classes. She attended Benedictine College in Atchison, KS, where she studied International Studies, French and Spanish. During her time at Benedictine, Annika worked with international students on campus and had the opportunity to study abroad in France as an international student herself. She enjoyed building relationships and connecting with people across many languages and cultures. After graduating in May 2020, she moved from Denver to Chattanooga, TN with her family and stayed until accepting a position as an agent assistant with State Farm in Kansas City. A year later, Annika joined BTGI as the Customer Services Specialist.

Sarah directs website design/development at BTGI, providing ongoing technical support, updates, and marketing consulting. As the founder of cyclone press, she helps startups, soloproneurs, and small businesses tell a story about what they do, then turn that story into a well-designed website, optimized for lead generation and process automation. BTGI appreciates this support as they continue to grow, and Sarah has enjoyed helping them communicate their passion for bridging barriers through language services and cultural awareness.

Do You Need Interpreting or Translation Services?

Request translating, interpreting or cultural awareness services online at any time. You can also call us at 913-210-0572.